Epigraphy and Identity in the Early Byzantine Near East

Late Antiquity, or the Early Byzantine period, was a time of dynamic social, religious, and political change for the people of the Roman Near East. These included the transformation of Rome into a Christian state, the revival of Jewish and Samaritan religiosity in Palestine and in the Diaspora, the beginning of the Roman state’s oppressive policies toward Jews and Samaritans as well as toward various Christian options alternately considered “unorthodox” by the currently dominant factions, the invasions and settlement of Arab tribes, the turmoil caused by Persian invasions, Samaritan uprisings, and many other factors.

Scholars have attempted to address the correlation between these events and the formation of particularistic identities that led to intensified social and religious tensions and ultimately contributed to the fragmentation of the Eastern Roman Empire. Typically, scholars refer to identity-shaping factors such as religion, politics, wealth, social structure, etc. The present project, however, aims at investigating the role of linguistic distinctiveness of individual communities, publicly manifested through their commemorative monumental inscriptions.

The Project Manager (PM) speculates that monumental inscriptions, which in the early Byzantine period are represented mainly by foundation inscriptions for religious institutions (on stone blocks and mosaics), may have been an effective way for Aramaic-speaking Christians, Jews, and Samaritans to publicly assert their linguistic distinctiveness, and moreover, may have had a reciprocal effect on their audiences. This is because in any culture, monumental inscriptions are particularly sensitive to even the slightest fluctuations in ideology, since, as it were, by definition, they are meant to contain messages deemed worthy of dissemination in the present and transmission to future generations. They are spectacular “banners” of the historical memory of communities. They are a social “litmus test” that responds immediately to changes in culture and political thought. Thus, if we expect that language choice mattered to the early Byzantines, the answer should be found primarily in their monumental epigraphy.

The project will verify the validity of this hypothesis against other identity markers and factors, based on an extensive analysis of Greek inscriptions, in Classical Syriac (Syriac is derived from an Edessene dialect of Aramaic), Christian-Palestinian Aramaic, Jewish-Palestinian Aramaic, Samaritan Aramaic, and Old Arabic (Arabic of the pre-Islamic period) dialects.

The project will be carried out by a small research group, in addition to PM consisting of a PhD student and a postdoc. The group will use comparative analysis of inscriptions, test the usefulness of several sociolinguistic concepts, and create an advanced database of sites where monumental non-Greek inscriptions have been found.

The results of the project will be important for all types of historians, orientalists, archaeologists, philologists, and the general public interested in universal history and in the factors and instruments of ethnogenesis occurring at the end of antiquity. They may also lead to the revision of existing views on the status of the Greek language in the public space of the early Byzantine Near East (which is often exaggerated by scholars of classical Greco-Roman culture). In addition, the results of the project will influence sociolinguistics in general, which is constantly experimenting with the application of its methods to the study of preindustrial societies.

Scholars, as well as the general public, will have free access to the online database produced by the team. 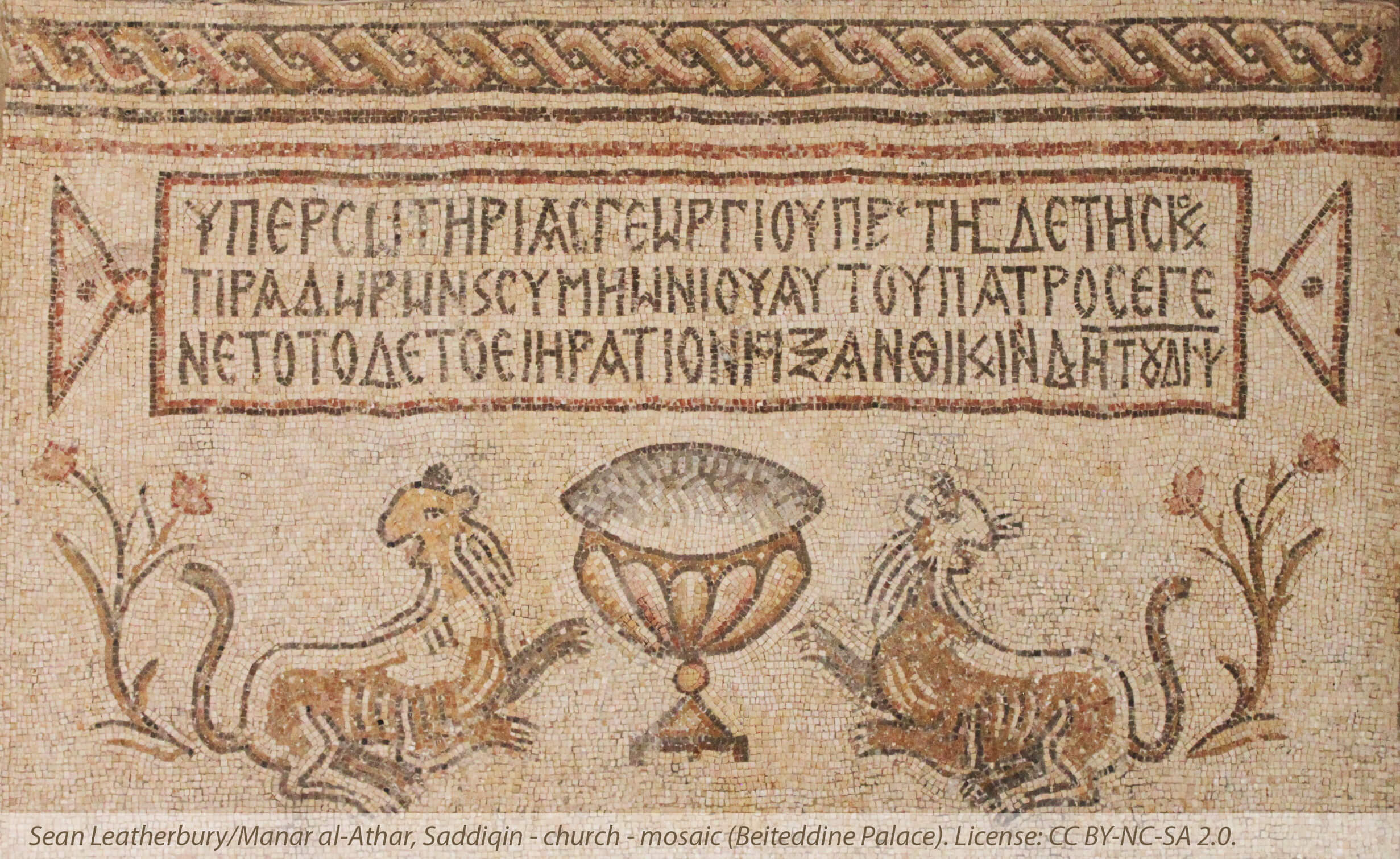