The presented project concerns the emergence and development of political and religious culture in medieval Poland. Under these concepts are hidden a number of issues which lead to the formation of the identity of a given area and the political structures which are formed within it. In the period under discussion, these realities remain closely related and interpenetrate each other, since political culture is built primarily on the basis of religious culture; the development of both is closely related to each other and is shaped through mutual interaction.

Research relating to these issues has a tradition. The aim of the project is not only to enrich them with previously untouched topics, but above all to present them in a completely new way. Polish and broader (Central European) reality has often been perceived only through the prism and in relation to European reality of the period, as a reflection or imitation of Western models. However, no thought was given to the diverse nature of this imitation, the various ways in which Western models could be adopted, or how they changed in relation to the cultural specificity of the geographical area. It is to these issues that the participants of the grant will wish to devote special attention. In order to make this analysis and its conclusions as scientifically valuable as possible, we have decided to use the comparative method. It consists in comparing the same and similar phenomena occurring in different geographical areas and analyzing the similarities, differences, dependencies and their mutual impact. In the case of this project, both the neighbouring areas Christianised at a similar time, sometimes referred to as Younger Europe, and the areas of Western Europe will serve as comparative material for the situation in the Polish lands.

For this reason, the project will aim to present the Polish lands from two perspectives. First, from the perspective of relations between the countries constituting the periphery of medieval Europe, i.e. the areas of Central and Eastern Europe. Secondly, the relations between the center, which for the medieval world were the countries of Western Europe. Since these categories have not yet found wider application in Polish medieval studies, the starting point will be a reflection on the meaning of the categories of “center” and “periphery” in medieval reality, and above all in the context of the Polish lands. The application of these categories will in turn lead to reflection on the nature of Polish political and religious culture as perceived within the categories of secondary and originality. To what extent, then, did the periphery take on the patterns emanating from the center, and to what extent did it retain – or rather develop – its own specificity and character? Such an analysis will allow us to present a completely new approach to the issues of the formation of political-religious culture and the first stages of its development. It will allow us to place it in the wider context of the world of medieval Europe in which it was born, and at the same time to show its specificity and its own contribution to building the identity of the region.

Thus, this research is also a part of a broader discussion on the issue of cultural interdependence in the whole of Europe, and at the same time on the specificity of its individual areas, in this case the area of Central and Eastern Europe. This issue, like many others, is still relevant to the ongoing debates about Europe; studying the past can put these contemporary discussions about the future into perspective. 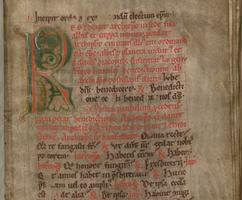