The basis of any study of the past, including, of course, the ancient era, are historical sources. Among them a key role is played by the works of ancient historians. Among them there are outstanding individuals (e.g. Herodotus, Tukidides, Livius or Tacitus), who created patterns of historical research and historical writing valid in many dimensions even today. Unfortunately, time has been cruel to the work of ancient historians, and only a small percentage of their works have survived to the present day. Very many works we know only from their titles and small mentions in other writers. Thanks to this we know that we have probably irretrievably lost hundreds, if not thousands, of extremely important and interesting texts. Worse, these losses are not evenly distributed. That is, we know certain periods of antiquity better (e.g. Classical Greece of the 5th-4th centuries B.C., or the decline of the Roman Republic and the early Empire), because works devoted to them have survived, while we know other times much less, because the historical works concerning them have been lost. Paradoxically, the so important era of the decline of the Roman Empire in the West falls into the latter category. We know much less about the times when the ancient world slowly changed and transformed, when Christianity triumphed, and when barbarian states arose on the ruins of the western part of the Empire during the Great Migration of Peoples. The vast majority of the works of historians of this period have not survived. How painful this loss is is shown by the fact that, as far as Latin historians of this epoch are concerned, only one great historiographical work by Ammianus Marcellinus, active in the second half of the fourth century, has survived – and not in its entirety – covering the years 353-378 in its preserved form. Beyond this we have only some minor outlines of history and laconic chronicles. However, we know from various scattered references in late antique and early medieval authors that there were other extensive historical works written during this important era. The purpose of this project is to collect and compile all references to the now lost works of Latin historians active during the decline and fall of the Roman Empire in the West from the second half of the third to the end of the fifth century. This will be the second part of a study from a dozen years ago by project manager Pawel Janiszewski, the second part of a book on lost Greek historiography: The Missing Link. Greek Pagan Historiography in the Second Half of the Third Century and in the Fourth Century AD, Warsaw 2006.

The project will conclude with a two-volume publication, The Missing Link. The Lost Latin Historiography of the Later Roman Empire (3rd-5th century). The first volume by Paweł Janiszewski will be a compilation of extensive notes on the authors and their works. Each will include attestations to the existence of the author and his work; information about the author and his work; the state of research on the author and his work (including a bibliography of editions of sources and studies); various new interpretations and suggestions. The second volume prepared by Alexander Paradzinski will be a study of various aspects of late antique Latin historiography. The first volume will thus be parallel to the above-mentioned book The Missing Link. Greek Pagan Historiography in the Second Half of the Third Century and in the Fourth Century AD and will serve as a textbook and basis for further research. The second volume is a collection of studies discussing the most important aspects of the lost Latin historiography of the late Roman Empire. 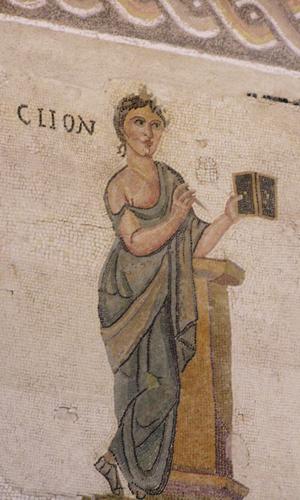