The aim of the project is to present an innovative interpretation of one of the most interesting texts of ancient literature, namely the Metamorphoses, or Golden Donkey, of Apuleius of Madaura in the 2nd century AD, using the anthropological concept of liminality. The analysis conducted for the project indicates that liminality in its various aspects is a compositional principle of the whole novel, both in the narrative layer and beyond, which has not been sufficiently recognized and described so far, despite the existence of a vast literature on the subject. Liminality is thus a very promising tool for reading this text. Of particular interest is the topography of the world depicted in it, which abounds in various types of boundary and transitional places, which are both natural and conventional boundaries. Natural boundaries include marshes belonging simultaneously to two elements – earth and water, a stream leading to the underworld, or the seashore, where many events important to the plot take place. Other examples include the witch’s house, located in the suburbs, i.e. on the border of the city, a roadside inn under the power of magic, or a mill which is in fact a place of torture and wickedness, and many others. This rich liminal metaphor has been used to emphasize the main theme of the novel, which is the magical transformation of the main character into a donkey and his return to human form, which is in fact the liminal phase of the initiatory rite of passage. The description of the meaning of liminality in the text, with particular emphasis on liminal space, will make it possible to point to connotations and associations functioning in the Greco-Roman culture of imperial times, connected with particular elements of this topography, and to read their symbolic meaning, which will translate into the presentation of a new interpretation of the work. As these elements constitute toposes, literary and cultural tropes, exploited by literature and visual arts for centuries to come, the results of the above-described research will serve a wider circle of researchers, not only those connected with antiquity. 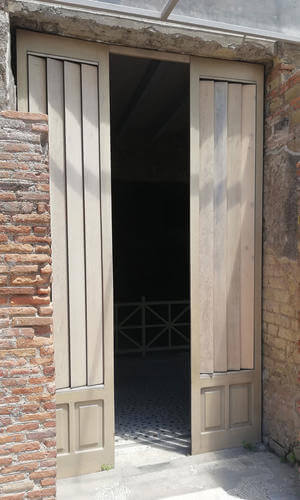