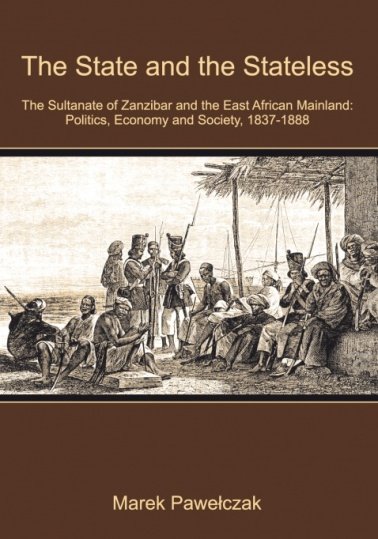 The State and the Stateless. The Sultanate of Zanzibar and the East African Mainland: Politics, Economy and Society, 1837-1888

The caravan boom of the 19th century provided the societies of the East African hinterland with opportunities hitherto unknown to them. The growth of productive potential and capability of amassing wealth led to profound social changes, but also brought about many negative results: political destabilisation, a weakening of social bonds, higher risk related to food shortages, as well as cattle- and slave-raiding perpetrated by those groups that specialized in violence. These problems met with different response strategies by the affected communities and persons: migration, patronage seeking, adaptation of new military techniques and expertise, as well as new crops and technologies in agriculture. Each of these factors posed a challenge to the coastal societies and their overlord, the Sultanate of Zanzibar. During the second half of the 19th century the East African mainland ceased to be looked upon exclusively as a source of slaves and ivory. The substantial growth of agricultural production as well as the exploitation of natural resources such as India rubber made the 200-300km broad belt of immediate hinterland central to the policy of the Al Bu Sacidi rulers. Even if the Sultanate of Zanzibar never subdued the vast region, of what is today Kenya and Tanzania, its unique statehood determined the way the peoples of East Africa experienced the economic and political „globalisation” of the 19th century. The Al Bu Sacidi imposed a legal and political framework to the barely integrated, both internally and with the outside world, economic space of East Africa, which attracted foreign businessmen and made access to the caravan infrastructure more predictable to the coastal traders. The Zanzibar government, however, rarely managed this by direct intervention. It was rather through the mediation of more or less formal „friendships” with local rulers of the hinterland. These kinds of relationships gradually replaced the more indirect influence wielded by Zanzibar in the region through the coastal brokers of power: the Swahili patricians and titleholders. It took far-reaching, risky reforms of the state institutions to deprive the latter of the vast economic privileges with which they had been rewarded for their services.